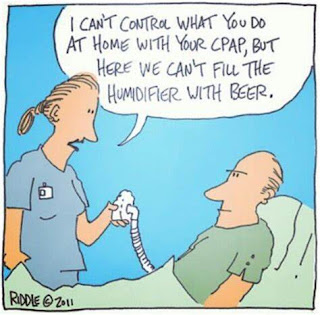 For those of you who may be on the fence about using a CPAP machine for sleep apnea, I, too struggled for an exceptionally long time knowing I needed to use my machine. It's not an easy task and I attempted it several times with no success because I looked at it as being intrusive instead of being helpful and necessary.

I was originally diagnosed with sleep apnea about 2002, but I never made myself use the CPAP I got. At that time, my insurance company didn't consider the humidifier part of the device as being necessary. Try using a CPAP without it. I would wake up after just a few hours and my nasal passage and throat felt like it was on fire. I discussed this with my doctor and the only suggestion she had was for me to coat the inside of my nose with KY jelly each night. I know it sounds gross, but I tried what the doctor suggested. I had the same reaction plus I had dried KY jelly flakes all over the inside of my nose which made me look like I had some dreadful disease. It was a wonderful picture and a joy to try to clean out each morning before work! Shortly thereafter I finally gave up trying to use the machine until about 2012 when my health was going downhill fast. My diabetes had gotten totally out of control. I was tired all the time throughout the day, I wasn't sleeping well at night and I was having trouble concentrating during the day. It was as if I was living in a fog all the time.

When I did sleep throughout the night, I would wake up struggling to breathe. Then in 2012, I received a new CPAP machine which I knew I needed to use. No more lame excuses! My latest sleep study revealed I stopped breathing 55.9 times per hour with apnea-related episodes. Wow! That meant I stopped breathing almost once every minute. That number kept resonating in my head repeatedly. My lowest oxygen level was 73%. Normal levels should be 95-100%.  Anything below 90% is considered being in respiratory distress. My doctor was amazed that I hadn't had a heart attack or a stroke in my sleep. He also was amazed that I could function during the day after having been deprived of oxygen all night long night after night. Is "functioning" what this is called? If he only knew how much I was struggling just to put one foot in front of the other!

When I received my new CPAP machine, I used the machine that night and every night since then...NO MORE EXCUSES! Those stats scared me enough to make me realize that I was asking for trouble and it wasn't the kind of trouble I wanted. Yes, this CPAP is equipped with a humidifier so it works without making my nasal passages feel like they're on fire.  I selected a mask that felt comfortable to me to wear.  I knew that was important. This machine isn't loud so it doesn't sound like a jack hammer next to my head. When I put the mask on that first night I actually told myself OUT LOUD that I was going to wear the mask ALL night long and that I wasn't going to take it off unless I has to get up to use the bathroom. When I woke up the next morning, my mask was still on and I felt like I had accomplished an amazing feat. It wasn't long before I noticed I started feeling better.  I had more energy and I wasn't tired all the time. From there on out whenever I would lay down whether it was to take a nap during the day or to watch television in the evening in my bedroom, I would put my CPAP on just in case I would fall asleep. 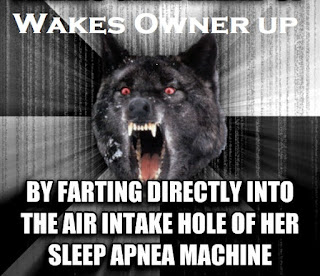 The moral of this story is if you're diagnosed with sleep apnea, take it seriously. Do whatever you need to do to make yourself get used to using your machine. And most important, be compliant and use your machine faithfully.  Sleep apnea does kill people. Don't be stupid and be one of those people who turn into a statistic.

Yes, I have a dog that does this to me. It's such a wonderful way to wake up from a sound sleep! She usually sleeps in her dog bed or upstairs with my son, but when she's gassy she likes to sleep on the floor next to my night stand and well, if you've ever had the pleasure of smelling a dog fart, then you can only imagine what one funneled directly into your nose while you're sound asleep would be like. I jump up using some really bad language and Libby heads upstairs quickly and then turns around at the top of the stairs and looks at me like as if to say, "you need to chill out, lady!" 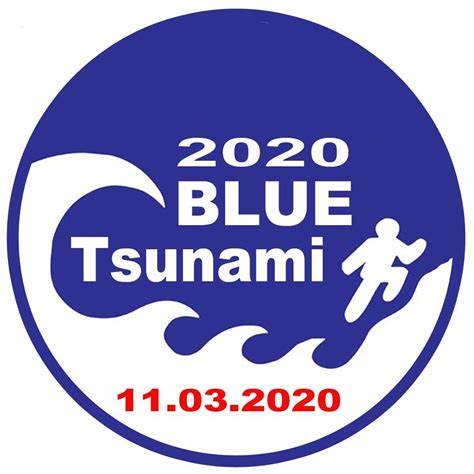 Mildred Ratched
Mildred Ratched was born and raised in Maine, but now suffers from severe culture shock along the Redneck Riviera. She started life being the proud poster child for birth control (1960’s). She was then dubbed a Flying Fickle Finger of Fate recipient and Blue Ribbon Black Sheep (1970’s – 1990’s). Her last and most prestigious accomplishment was becoming a highly regarded member of The League of the Ridiculously Obscure, HRH, the most exalted troglodyte and saucy tart extraordinaire (2000 – Present). Mildred is an otherwise typical peace-loving, semi-mature hippie, bleeding heart liberal, devout hedonist, agnostic/atheist (pick your poison) IDGAF heathen, amateur blogger, aspiring writer and wannabe artist, devoted pet owner and animal lover (especially black sheep and underdogs), jack-of-all-trades, but the master of none, skillful chain yanker and expert surfer in search of witty banter and indecent proposals.

Who Does Mildred Read?